Paul Wrigley from Ray White Real Estate Toronto read this article about the likelihood of an interest rate cut in October. There is still so much uncertainty in the world, it appears we are not out of the woods yet. 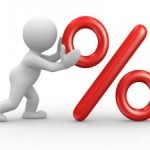 The latest round of quantitative easing by the US Federal Reserve could force the Reserve Bank of Australia to cut rates as early as next month.

Earlier this week, the US Federal Reserve announced it would commence another round of quantitative easing (QE3), but this time on an open ended basis. Until it achieves the growth it wants.

While the news was greeted positively by investment markets, others were sceptical.

AMP chief economist Shane Oliver said there is likely to be several investment implications on the back of QE3 including a lift in share prices and a boost to commodity prices.

“That said, the combination of higher spot commodity prices and potentially the resumption of carry trades could see the Australian dollar pushed higher. This is the last thing Australia needs now, particularly if bulk commodity prices remain subdued on Chinese softness.

“As a result it adds more pressure for the Reserve Bank of Australia to resume rate cuts – which we expect next month.”

Of course, the latest round of Quantitative easing is not the only factor at play in AMP’s rate prediction.

According to Mr Oliver, the minutes of the RBA’s last rate setting revealed a somewhat more “dovish tone” than indicated by the post meeting statement, with significant discussion regarding the risks to global growth and China.

Because of this, Mr Oliver said AMP believes the “RBA will cut the cash rate to 2.75 per cent over the next six months, starting with a 0.25 per cent rate cut next month”.

Paul Wrigley from Ray White Real Estate Toronto will keep you posted on the Reserve Bank’s decision on the first tuesday on October as to whether we get an interest rate cut or not.
Share:
Up to Date