Homesellers tempted to auction their homes should remember 4 words AUCTIONS GET LOWER PRICES. 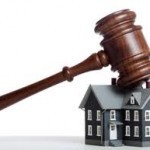 Never mind what you read in the papers, auctions are a financial minefield for consumers. Despite the booms in many areas, thousands of home sellers are turning their backs on auctions and benefitting. But there area still thousands of sellers who don’t realize, until it’s too late, what happens to them at auction. They get a LOWER price, that’s what happens. If someone is trying to talk you into selling by auction, then before you sign anything, please read this.

It seems as if the price goes up at auctions. But that’s only because it starts LOW. It’s like starting the day with a massive hangover and saying that you are going to feel better as the day progresses. That’s not a good reason to get drunk every night. Avoid drinking and avoid the hangover. You start the day in good shape.

The reserve price is the price at which the home can be sold. It’s the lowest price a seller is prepared to accept and that becomes the central focus of the auction. If you are trying to get the highest price, do NOT make your lowest price the main focus of the sale.

Research shows that more than 90 percent of buyers do NOT like actions. It makes no sense to use a system of selling disliked by most buyers

One of the BASIC rules of marketing is: make it EASY for people to buy. Auctions do not make it easy. They make it hard. Many buyers see that a home is for auction, and if the date doesn’t suit them, they don’t even bother to enquire. The buyers that are lost in this manner are often buyers who would have paid thousands of dollars more than the auctions final selling price.

Investors, property dealers and bargain hunters all know that auctions are one of the best places to find cheap deals in real estate. It is well-known that deceased estates and mortgagee sales are often sold for a “song” at auctions. Auction agents try to justify this by saying, “look at the banks and government departments. They use auctions.” But sale is more important than price.

If two or more people want to buy the same home, the worst thing you can do, from a negotiation point, is to allow each person to SEE what the other is offering! Instead of offering their highest price, each buyer will only offer a SMALL amount above what the other buyer offered.

To persuade sellers to auction their homes, agents will talk about high prices and then to get buyers to come to the auctions the same agent will talk about low prices. Most times both the seller AND the buyer are deceived. The sellers end up selling for less than they were told they could get, and the buyers often end up paying more than they were told they could pay.

8. SELLS TO THE WRONG MARKET

To attract buyers, agents will market the home by advertising it to “start from” a low price. This is supposed to attract buyers and indeed it does. But it attracts the wrong buyers who want to buy at the LOW price NOT at the price the seller wants. Many of these buyers cant afford to pay much more than the price advertised and so on the day of the auction, there will be a crowd of buyers all wanting to buy at a low price.

When a home does not sell at auction – and thousands don’t – it is labeled a “failure’. Buyers think something is wrong with it; and many will offer LOWER prices. Like a wounded animal with vultures circling, failed auctions are easy prey for bargain hunters.