Is now a good time to buy property?

Like most people, you’re probably confused by the daily bombardment of mixed messages about the state of the property market.

Are you finding it difficult to make sense of the conflicting information?

Well don’t. The market is going through a transition period where some properties will remain stagnant, others will rise and some will fall.

There are no apparent signs of home sellers so desperate to sell that they would give away their properties at a 30% discount, which would then trigger a collapse in the housing market. In Australia there are less than 1% of mortgages in arrears, which is considered low by international standards.

We are also currently seeing signs that the market is beginning to stabilise after the slowdown we experienced during the past twelve months.

Paul Bloxham, HSBC’s Chief economist for Australia and New Zealand, and a former RBA economist, believes that the prospects for the Australian economy are strong. Paul expects house prices to “track sideways in the short term and then rise in line with household disposable income – we expect that housing prices will continue to grow at a modest pace over the next few years. We view the risk of a sharp fall in housing prices as very low”.

This is a year of opportunity for the astute property investors, who can see through the maze of mixed messages. They will do very well as they take advantage of long term opportunities presented by the current market.

If you are selling and buying in the same market this is a good time, particularly if you are upsizing. 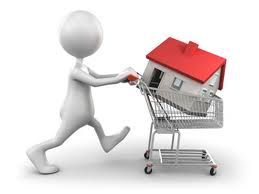 Can you remember back 10 years ago? How cheap were properties then?

Don’t be the one looking back in a few years time saying “I wish I bought back in 2011 when property was cheap”.