Who Sells at Auction?

According to RP Data, estimates from last year show that 57,500 properties went up for auction out of a total of 317,000 properties sold across all capital cities. 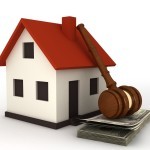 Although auction sales represent only a fraction of the overall market they still provide a regular measure of the market sentiment and market conditions on a weekly basis.

The auction market acts like a thermometer measuring the temperature of the market and giving us an insight into the market conditions well before all the data from private sales is collected and reported, which can be several months later (the reason for the delay is because there is no compulsory reporting of sales data).

Clearance rates have been falling over the last three months which tells us that the market is cooling off and prices are softening. It is now back to a normal and more predictable market.

The slowing in the market comes as no surprise after having experienced one of the strongest growth periods in our history. With clearance rates now dropping, historically the number of sellers choosing to go to auction also drops.

Some agents and print media however are reluctant to tell it as it is. Instead, they selectively report figures that glorify auctions giving the public a false perception and leading them to believe there are more sellers auctioning their homes compared to private sale. When you analyse the real figures the number of properties selling at auction, as shown above, are far less than the consumer is lead to believe.